Posted by Health Guide USA Commentary at 5:00 AM No comments:

Dentists, dental hygienists, dental assistants and other dental healthcare professionals are subject to regulatory oversight by each of the individual states in which they practice.  While licensing requirements vary from state-to-state, the core objective of dental regulators everywhere is to protect the public from unqualified individuals offering or delivering dental care services.  This is accomplished by establishing standards, educational and otherwise, which individuals must satisfy in order to obtain a license to deliver dental care services. Similarly, dental licensing authorities establish standards which practitioners must attain in order to periodically renew their license to practice.  When licensees fail to meet established standards, dental licensing authorities can impose a range of disciplinary measures against offending practitioners, including, in the most egregious situations, the suspension or revocation of an individuals license to practice.
In order to assist the public, as well as credentialing professionals working for hospitals, health plans and other entities needing to confirm the license status of dental care practitioners, dental licensing authorities in each state provide online license verification tools.  To find state-operated online tools that permit the public to confirm the license status of dentists, dental hygienists, dental assistants and other dental healthcare professionals, visit our resource page:

From the most recent (20-21) U.S. News & World Report rankings of American hospitals, only 134 hospitals, out of almost 5,000 in the U.S., earned national recognition in at least one of 16 adult specialties studied in the survey.  Among the top 20 highest ranking hospitals in the entire country, five are teaching hospitals from the Far West.  Tying for 4th overall nationally was UCLA Medical Center with national recognition in 15 of 16 adult specialties, including top 10 rankings in an impressive 13 of those specialties.  Cedars Sinai Hospital and UCSF Medical Center also earned overall top 10 distinction nationally, while Stanford Hospital and Keck Hospital at USC earned spots in the top 20 highest ranking hospitals overall.  All five of these highly ranked teaching hospitals in the Far West were nationally recognized in at least 11 of the 16 adult specialties surveyed and, in a testament to the overall quality of these institutions, all five had at least 7 specialties that earned top 20 national distinction:

State-operated Departments' of Aging are tasked with promoting the independence and well-being of older adults and their family members who are involved with vital senior caregiving roles.  In most states, these agencies also serve adults with disabilities and their families, too.  Departments of Aging carry out their mission by creating access for seniors and disabled adults to information and services, building opportunities for community involvement, and supporting family members providing care to seniors and disabled adults.  These Aging agencies also collaborate with many other State and local agencies (and other entities) on matters of import to seniors and adults with disabilities, including transportation, housing and accessibility, emergency preparedness, health and wellness, diet and nutrition, fall and injury prevention, fraud and abuse of the elderly, and many other issues.  Find the Department of Aging in your state by using our convenient resource page.

Posted by Health Guide USA Commentary at 9:30 AM No comments:

The National Library of Medicine, our trusted link for June 2020

Using the Resources of the National Library of Medicine

Part of the National Institutes of Health, the National Library of Medicine is the world's largest library for medical and biological information. Started in 1836 as a small collection of journals and books in the U.S. Army Surgeon General's office, it is now housed in two buildings in Bethesda, MD. The heart of the collection is NOT in the buildings, but in its massive free online databases. The mission of NLM is to make as much biomedical data as widely available as possible in order to drive better health outcomes.

The Library also provides grants in biomedical informatics, data science, and public health, as well as support for educational institutions.

You can keep up with the Library by subscribing to

Posted by Health Guide USA Commentary at 3:07 PM No comments:

Every state and the District of Columbia operate an immunization program.  The mission of these state-operated immunization programs is to mitigate disease, disability, and death caused by vaccine-preventable diseases in infants, children, adolescents, and adults.  According to the Centers for Disease Control (CDC), there are more than a dozen dangerous or deadly diseases whose threat to the public can be mitigated through vaccines.  These state-operated programs accomplish their mission through surveillance, case investigation and control, the monitoring of immunization levels in their communities, the provision of vaccines to the public, and the education of healthcare professionals and the general public about the threat posed by vaccine-preventable diseases.  To find state-operated immunization programs, check out our resource page:
State Immunization Programs | Health Guide USA
Posted by Health Guide USA Commentary at 3:18 PM No comments:

Physicians and surgeons must be licensed in the states in which they practice.  In most states, regulatory oversight is provided by a State Medical Board or the equivalent.  These regulatory bodies are responsible for protecting the health and safety of the public by determining licensure qualifications for new physicians and surgeons, establishing standards for practitioners to follow in order to maintain their license in good standing, and disciplining licensees who do not adhere to those requirements. In addition to physicians and surgeons, in a number of states the Medical Board, or its equivalent, provide regulatory oversight of physician assistants and various other types of healthcare professions.  To find the Medical Boards, or the equivalent, that oversees physician and surgeon practitioners in each state. visit our resource guide:
State Medical Boards | Health Guide USA
Posted by Health Guide USA Commentary at 12:48 PM No comments:

Speech-language pathologists (sometimes known as speech therapists) are healthcare professionals involved in the assessment, diagnosis, treatment, and prevention of communication and swallowing disorders in children and adults. These disorders can result from a variety of causes, including stroke, brain injury, hearing loss, developmental delay, Parkinson’s disease, a cleft palate, or autism.  Licensing requirements for speech-language pathology practitioners vary from state to state. To find state-operated online tools that permit the public to confirm the license status of speech-language pathology practitioners, check out our resource page: 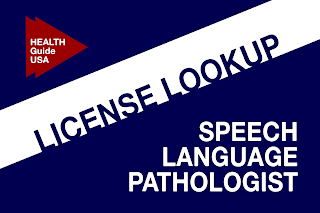 Posted by Health Guide USA Commentary at 10:30 AM No comments:

Cleveland Clinic, our trusted link for May 2020


Posted by Health Guide USA Commentary at 2:53 PM No comments:

Using the Kaiser Family Foundation as a Resource


The mission of the Kaiser Family Foundation is to advise federal and state governments on healthcare policy. They produce non-partisan analysis on national health issues and distribute their knowledge freely. See their analysis of the 2020 Election and the Affordable Care Act. KFF does it own research on public opinions and helps news organizations figure out how to scale up the spread of reliable information about health.

Kaiser Health News is their editorially independent news service that distributes news briefs and in-depth features. Their topics include
KFN also conducts investigations and reports on the results such as "Pharma Cash to Congress" which tracks campaign contributions by drugmakers.
In their Data & Docs section, KFN allows people to search the data they've compiled and the documents they have obtained in their research.
Posted by Health Guide USA Commentary at 10:27 AM 3 comments:

MDAnderson, our Trusted Link for February 2020

MedlinePlus, our Trusted Link for January 2020

The U. S. government-funded public service of the National Library of Medicine

MedlinePlus is designed to push as much information as possible from the U.S. National Institutes of Health to health professionals as well as the general public. Information is provided in multiple languages and in many formats, including videos, tutorials, and quizzes. You can subscribe to receive updates.

The Mayo Clinic as a Resource

If you visit the web site for The Mayo Clinic, you may be prompted to schedule an appointment, but don't hesitate to click around and learn something. You can also subscribe to their first-rate health magazines, and you can order books on special health topics. But best of all, you can spend hours searching and learning about the leading edge of healthcare, for free.

Free Searchable Information
Publications You Can Buy
Plus, the Mayo Clinic licenses content you can share with customers of your own health practice.
Go to the Mayo Clinic web site now.